The Superfinals of the 17th season of the Top Engine Chess Championship (TCEC) has just concluded and Leela Chess Zero emerged as the champion against the mighty Stockfish with a final score of 52.5-47.5. Leela won 17 games (16 as white and 1 as black), drew 71 games, and lost 12 games (11 as black and 1 as white), to become the TCEC champion for the second time, after failing to qualify in season 16 (although it was undefeated in the Premier Division).

The breakdown of the results is shown in the table below.

It was actually the code for centipawn conversion that had to be updated.1 The result was the very low centipawn evaluation scores shown by Lc0 even at more than 90% losing evaluation. This may account for the 7 losses from mates seen during the SuFi.

In game 16, Leela was optimistic about its position, giving evaluations \(>1\) up to move 115, slowly declining afterwards. But typical of Leela, its overzealousness to push for the win could sometimes backfire, specially during the endgame, when Leela doesn’t have enough time to analyze its position more deeply. In this case, Leela blundered the draw by moving 130 g6??.

In game 95, a French opening, Leela showed its mastery of the French, overturning a great opening advantage for white by closing the position and converting the game into the start of the only reverse wins in the entire Superfinals.

The opening books for the Superfinals were provided by Jeroen Noomen. The distribution of ECO codes as specified in Noomen’s PGN is shown in the table below3.

The table below shows the game numbers, the openings, variations, and ECO codes after transposition, the win rate (by Leela), the elo difference after each game (elodiff), the standard error of the elo differences, the likelihoods of superiority, the opening evaluations by Leela (Lc0), the opening evaluations by Stockfish (SF), and the result as white. Note that each opening is played as white by both engines in turns. SF plays each opening as white first.

We can now see the estimated ELO differences at the last of game of each ECO group of openings.

We see that Leela racked up the lead through the A and C openings in this season. 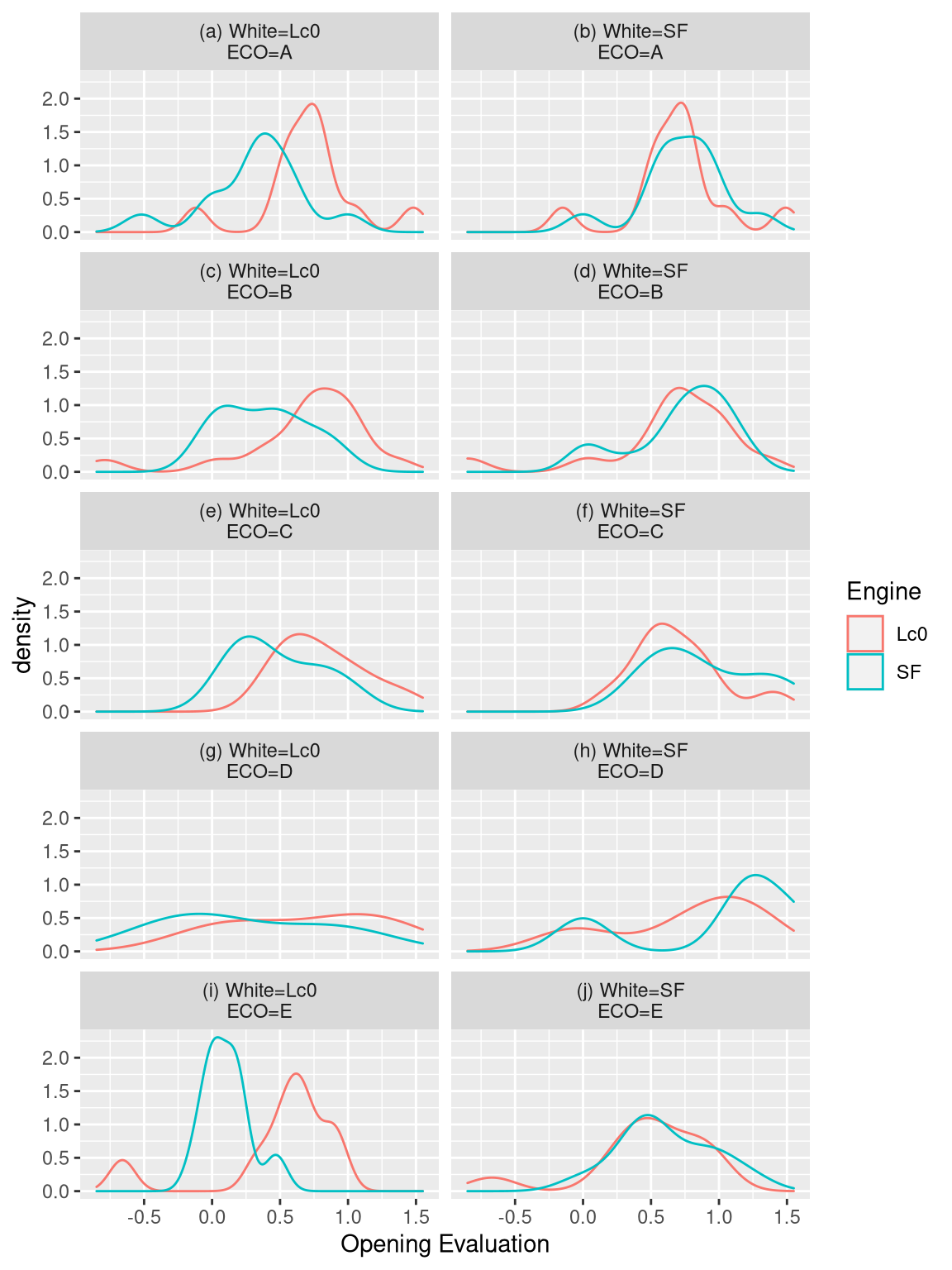 Figure 3: Distribution of number of moves based on results and each engine playing as white.

We also see that for this SuFi, the rooks and the king moved the most, perhaps due to many pawn and rook endings.

Figure 4: Distribution of number of moves by piece 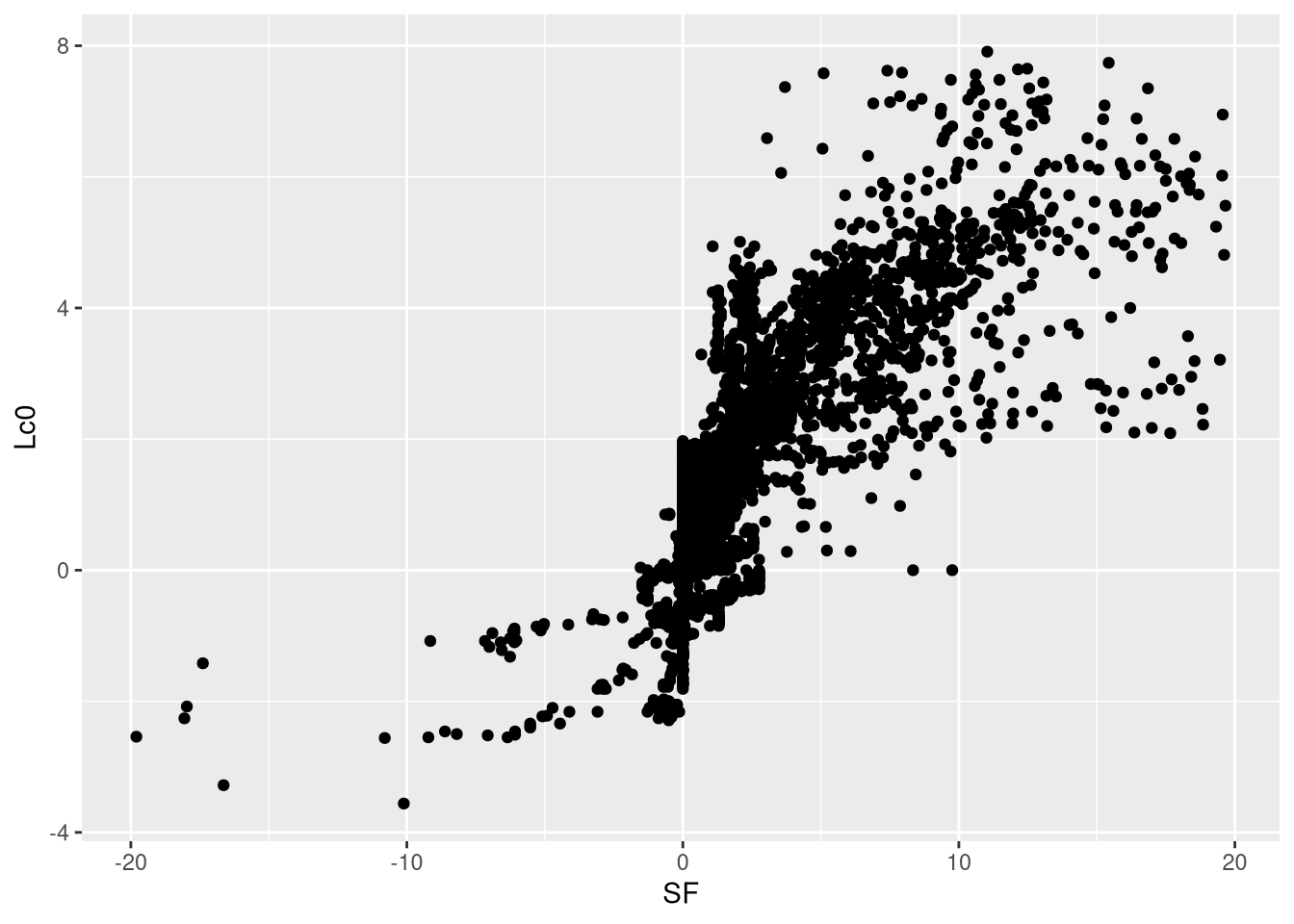 I fitted a logistic curve to the evaluations. To do this, I added 20 to SF’s evals and 4 to Leela’s evals and proceeded to fit the model in R. 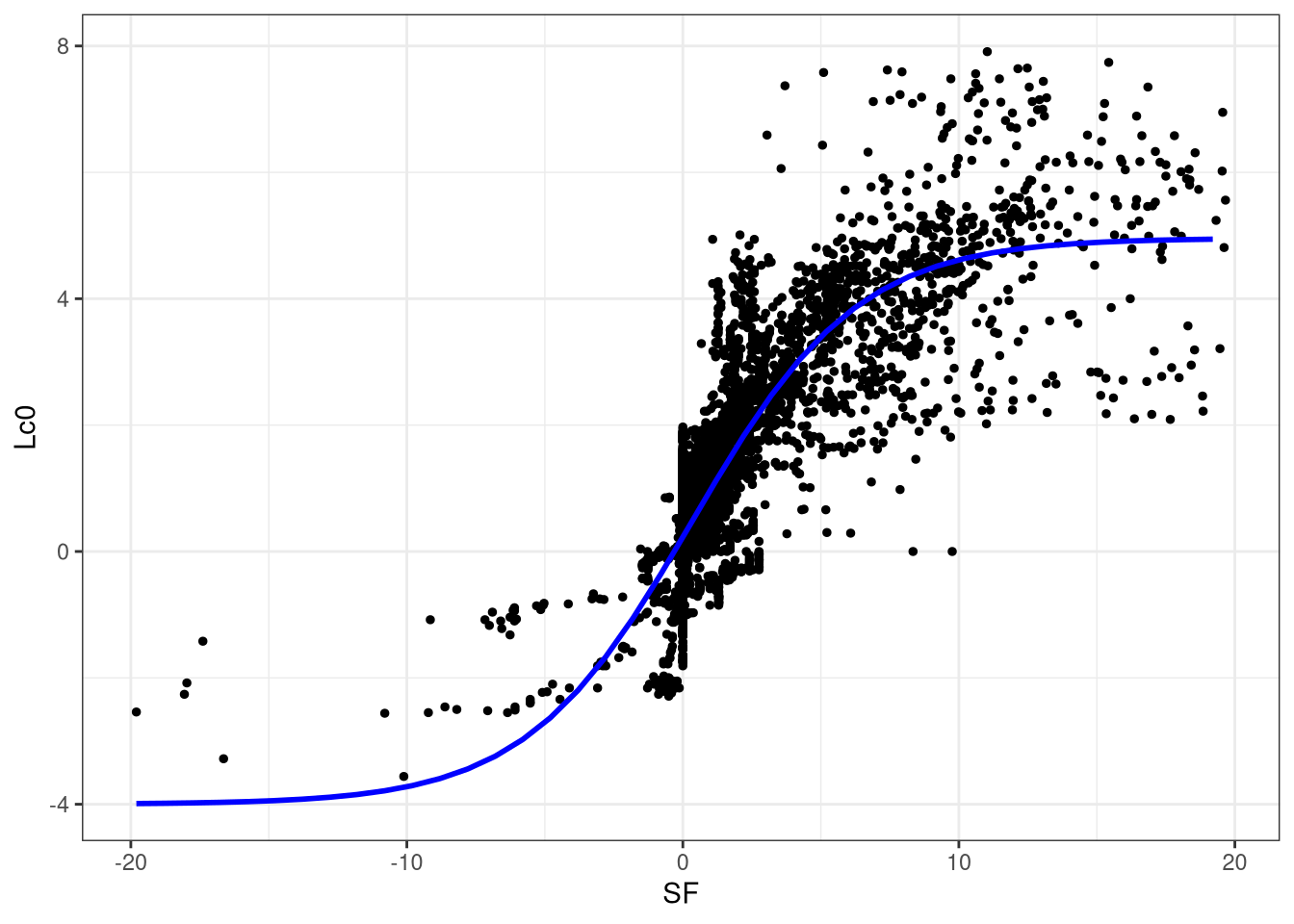 All of the SuFi games went on for a total duration of 12.88115 days (except for short intervals between games). The average time for a SuFi game is 03:05 with a standard deviation of 00:29.

The following table shows some summary statistics by ECO code for the whole SuFi.